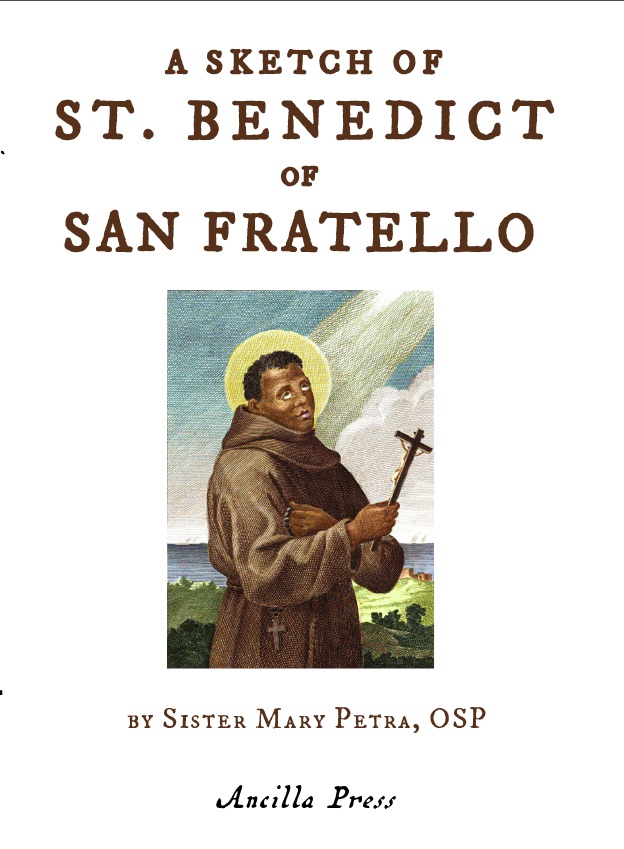 A one-time price of $5.95 will be added to your order.
10000000
Categories: Africana, Saints, Booklet
Manufacturer: Ancilla Press

Benedict the Moor has long been regarded as one of the chief patrons of black Americans. This brief sketch of his life was written in the early 1900s by Sister Mary Petra of the Oblate Sisters of Providence, a historian of the order. Born in Sicily to enslaved parents of African heritage, Benedict was granted freedom at birth, and by the age of 10 had already won a name for himself as "the Holy Moor." Through prejudice from his peers, dissolution of the hermitage he led, and the menial work he was assigned in the Order of Friars Minor, his humility and faith only increased. By the time he died in 1589, he was celebrated throughout Palermo and soon became the protector and patron not only of that city but also of all the Africans spread throughout the diaspora.

Sister Mary Petra's wonderful summary provides a great introduction to this beloved saint and is itself a historically important contribution to black Catholic hagiography.

Scheduled for release in February 2023. Preorders will be shipped as soon as title is available.